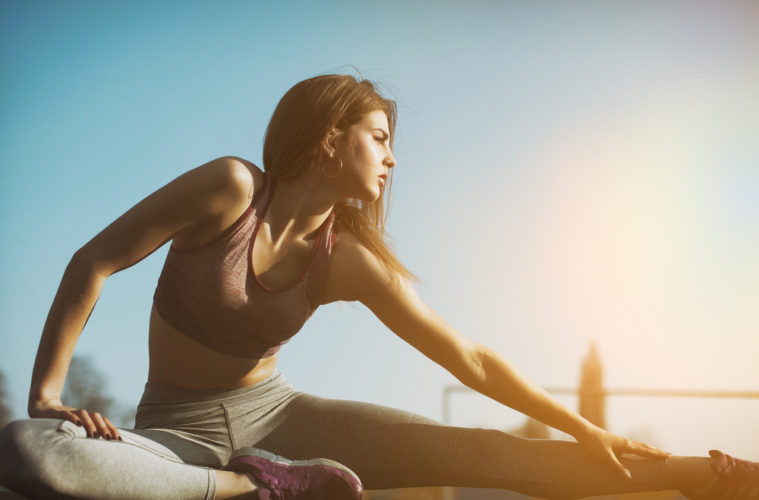 Too many people fall into the all-or-none fitness mentality. If don’t have enough time or energy for a full workout do something less strenuous. Half an effort is much better than no effort at all. In fact, there’s a law of diminishing returns when it comes to exercise. A lot of the health, brain and mood benefits are garnered from moderate exercise at a moderate effort. The Harvard Medical School says, “Exercise is the best-kept secret in preventative medicine.” It provides protection against heart attack, stroke, high blood pressure, diabetes, obesity, osteoporosis and fractures, depression, dementia and even certain forms of cancer.  But it doesn’t need to be long or hard. And there are even times when giving in to your laziness can actually be good for you.

But as a general rule, a little activity is better than nothing. Here are some suggestions for the days when a dedicated workout is just not in the cards.

1. Walk instead of run
While this is likely the most obvious on the list we’re still including it because of how good walking is for you. Running — with its need for specific equipment and definitely a shower afterwards — is in a word, hard. So if your spirit isn’t up to the faster pace, try the slower one. The Canadian Medical Association says that women have a reduced risk of cardiovascular disease with as little as one hour of walking each week.

2. Go to the gym and stretch
I’ve done this on days that I really didn’t want to work out. Like days when my office job was getting me down. I would tell myself I’m just going to stretch. Most of the time I ended up doing some weightlifting once I was there because after 15 minutes I was de-stressed enough that I was up for a more intense effort.

3. Machines instead of free weights

Machines are easier than free weights because you don’t have to use all those assistor muscles for balance, and many of them can be done in the seated position. Though you won’t get as hard of a workout, it’s still sufficient. The American Heart Association says resistance exercise, “has favourable effects on muscular strength and endurance, cardiovascular function, metabolism, coronary risk factors, and psychosocial well-being.”

4. Do the beginner class

Some days, a 30-minute beginner fitness class is just more realistic than the intense 60-minute one. If you do a 30-minute session five times a week, you’ll meet the American College of Sports Medicine recommended 2.5 hours a week of exercise at moderate intensity — and have a lot more energy too.

5. Take a ride
Instead of pounding away on the treadmill, give yourself a bit of a break and head to the stationary bike instead. Set the tension at whatever level you feel you have in you for that day — and spin it out. Feel good about the fact that you didn’t bail.

The most important thing is to keep your exercise routine going. Don’t be hard on yourself for a half effort — you’re still reaping the health benefits from a less intense workout. And celebrate the victory of putting in some effort when you felt like doing nothing at all.