How to Start Bodybuilding for Women 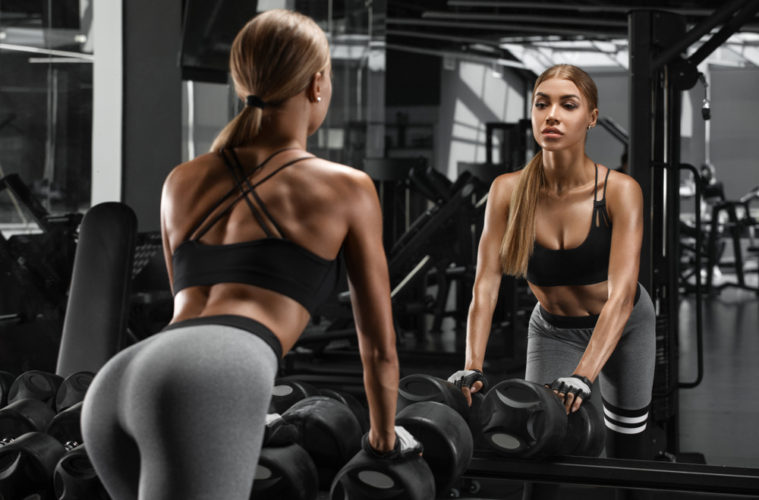 In the world of bodybuilding, women and men don’t often enjoy equal representation. Considering the significant benefits that women may gain from hardcore weight lifting, it makes to make this activity part of your lifestyle.

Bodybuilding is no small commitment, but it’s one that’s well worth exploring. No matter how strong you are, the road from beginning weight lifter to intermediate bodybuilder is sure to be a long and sweaty one. Fortunately, it’s been well-trod by others. Plenty of beginning bodybuilding guidelines have been thoroughly tested, and they often apply across both genders.

Women are no strangers to stereotypes. When it comes to fitness, those stereotypes often dictate that women should focus on cardio and trim down rather than pursue the bulked-up aesthetic of a bodybuilder.

One study conducted on 180 men and women and published in the June 2014 edition of the International Journal of Liberal Arts and Social Science confirms this generalization. Researchers have found that women were more likely than men to report that weight loss and toning were their fitness motivators.

As professional bodybuilding continues to gain traction among women and gender norms continue to blur outside of the gym, one can only hope that the more strictly gendered fitness motivations will dissipate — otherwise, some women might pass up on an arm-long list of solid physical fitness benefits. When it comes to the myriad of fitness perks derived from bodybuilding, women stand to benefit greatly from the core foundation of this activity: lifting weights.

According to world-champion lumberjack athlete and fitness director Shana Verstegen, via the American Council on Exercise, some of those benefits include:

Bodybuilding appeals to advanced weight lifters as it focuses on sculpting the body to emphasize physical aesthetics via precisely shaped muscles. Every journey has a first step, though, and for beginning bodybuilders, that first step is a basic resistance training routine.

ExRx.net lays out a general training program for weight lifters who are just starting out (which can, of course, be modified based on your comfort level and advice from your doctor or trainer). It is supported by recommendations from the American College of Sports Medicine.

Just as the exercises themselves remain consistent across genders, this exercise plan follows the training principles that apply to both men and women. Here’s the starter weight training workout routine that ExRx proposes:

Sequence wise, work larger muscle groups before smaller ones. Remember to closely follow the specific directions for each movement and always use a full range of motion. Get in the habit of lifting those weights in a controlled fashion and practicing a normal breathing pattern, exhaling on the exertion. ExRx also recommends keeping your workouts to about one hour in length, especially at the beginning.

At an intermediate level, ExRx recommends two to three days of training each week or four to five days for advanced lifters. At that point, you’re stepping into bodybuilding territory.

Eventually, you’ll find that you won’t experience what’s known as volitional fatigue — the point at which your muscles can no longer perform reps with perfect form — with your starting weight loads and reps. As you begin to focus more on that bodybuilding pump, you’ll want to increase your repetition maximum (RM). As a general rule of thumb, work to increase your RM load in 2 to 10 percent increments.

At the intermediate level — when you’re fully comfortable with the beginning regimen — you can also start chasing that pump by putting more emphasis on heavy lifting. For heavy lifts, focus on an RM of one to six repetitions maximum rather than eight to 12, allowing for rest periods of at least three minutes between sets.

Bodybuilding isn’t all about lifting heavy weights. Women and men alike have to follow strict diets to bulk up effectively, with or without supplements. As your weight lifting routine increases in frequency and volume, you’ll start to focus on muscle gains — but without the right diet, you won’t get those gains. Dieting plays a key role in achieving the aesthetic goals of bodybuilding, such as symmetry and vascularity.

The “bulking” phase of bodybuilding, which focuses on growing muscle size, relies heavily on protein-packed foods, calories and carbs. This phase is followed by a refining phase, which addresses muscular symmetry. Finally, the cutting phase, which typically starts about two to four months before a bodybuilding competition, aims for leanness. Its role is to highlight muscle definition while minimizing muscle loss.

According to Sports Dietitians Australia, weight gains of about 0.5 to 1 pound per week are realistic to expect during the bulking phase (erring on the lower end for beginners). Higher energy intakes help sustain intense workouts, so a surplus of 400 to 500 calories is recommended — on top of the 2,400 calories per day for active women aged 26 to 30 suggested by the Dietary Guidelines for Americans.

Alongside calories, carbohydrates and protein complete the bodybuilding trifecta. Loading up on high-quality carbs like those in whole grains, vegetables, fruits and legumes before training helps you power through to your goals.

A daily intake of about 1 to 1.5 grams of protein per pound of body weight encourages muscle growth and repair. Aim for 20 to 30 grams of protein with each meal when bulking up, spreading out some protein and carbs for recovery snacks and meals.

Choose quality protein, such as lean meat, fish, low-fat dairy and eggs. Vegans may opt for legumes, nuts, seeds and plant-based protein powders. If you have a hard time getting enough of this nutrient in your diet, consider using protein shakes. Whey, hemp, rice, beef, soy and pea protein powders are all a good choice.

A meta-analysis of over 200 studies published in the May 2014 issue of the Journal of the International Society of Sports Nutrition makes some bodybuilding recommendations too.

As the researchers note, a daily protein intake of 2.3 to 3.1 grams per kilogram of lean body mass and a daily intake of 15 to 30 percent of all calories from fat, with the rest from carbohydrates, may help maximize muscle retention. As for supplements, they recommend proven staples, such as creatine monohydrate, caffeine and beta-alanine.

The National Association for Sports Medicine (NASM) offers some considerations that beginning women bodybuilders may want to keep in mind. These revolve around the physiological characteristics specific to the female body.

In addition to the wider pelvis and wider angle at the knee, known as the Q-angle, women typically have smaller bones, ligaments and muscle fibers compared to men. Likewise, men tend to have broader shoulders and more upper body muscle mass. These differences open women up to a greater risk of weight-training related injuries, not just to the knees, but to the shoulders as well.

Given how much heavy lifting is required for bodybuilding, this makes it particularly important for women to use proper form when doing squats, lunges and jumping exercises. Becoming fully comfortable with body-weight squats before weighted squats, for instance, may help reduce injury risk.

To enhance spinal stability in the scapulothoracic region, practice core exercises alongside strength training, which may help lower the odds of experiencing shoulder injuries.

The NASM also sheds light on how the female body works on a bio-energetic level. Because women use less glucose than men during some forms of exercise but have fewer creatine-rich type II muscle fibers and less lactate buffer in the blood, a slightly different approach to intense exercise may be worth considering. For instance, women may be better suited to longer periods of submaximal lifts at a low to moderate energy level rather than maximal lifts for a shorter duration.

It’s well known that workout partners help beginners and vets alike keep up with their exercise and diet routines (a December 2016 review in PLOS One is just one study affirming the effectiveness of mutual reinforcement). Rather than going through it alone, building your community of workout buddies, professional trainers and spotters is the best way to overcome the challenges of bodybuilding — you don’t need to pump alone.