Diet Fads to Think Twice About Before Trying 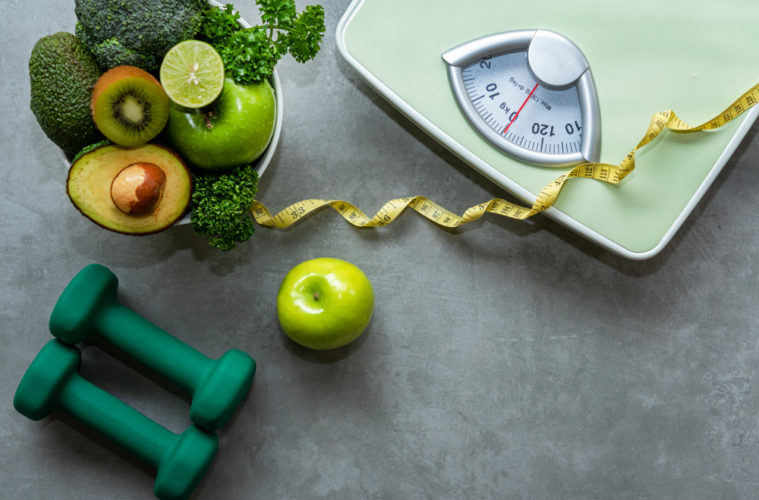 This diet claims you can lose up to 10 lb in one week, a loss that can be dangerously fast.

The fad military diet consists of low-calorie, odd food pairings such as bun-less hot dogs with banana, carrots, and broccoli. “Any diet like the military diet that severely limits the amount of calories you consume or eliminates one or more entire food groups puts any individual at risk for nutrient deficiencies,” says Kyle. “This can be more harmful than holding onto those 10 extra lb you’re trying to lose.”

Although potentially less harmful than some of the other fad diets out there, this type of eating plan may promote binge eating or other forms of disordered eating patterns.

“Although there are studies showing benefits of adding apple cider vinegar to your diet, there’s not enough evidence to show that consuming it on a daily basis promotes weight loss,” says Asche. “It is also highly acidic, which could cause irritation in some people, especially if consumed without being diluted or in large amounts.”

Take note that while apple cider vinegar has many possible uses, it also poses side effects, such as tooth erosion. It’s also no replacement for blood pressure or diabetes medications — or for any traditional treatment, for that matter, notes the University of Chicago.

This diet has no research to support its benefits, and revolves around eating plain cabbage soup three times daily, plus other foods on certain days of the diet. For instance, on the first day you can eat fruit except for bananas, and on the second day you can have nonstarchy vegetables but no fruit. The claim? You’ll lose 10 lb in just seven days, proponents say.

While it’s true you might be successful in losing weight, it likely won’t last. Once you return to your normal eating habits, you’ll likely put the weight back on — and then some.

French doctor Pierre Dukan, MD, conceived this high-protein diet, whose proponents boast that it can lead you to lose 10 lb within the first week of the plan.

The Dukan diet consists of four phases, each with a rigid set of rules. The first phase, the “Attack Phase,” for instance, allows you to eat nothing but protein sources such as beef, chicken, eggs, and liver.

Once you reach the last phase, you’re supposed to eat three tablespoons of oat bran daily and consume pure protein one day a week, the Dukan diet website notes.

The diet may present nutritional deficiencies — and it should be avoided by anyone with kidney problems because it’s high in protein.

HCG, or Human Chorionic Gonadotropin, is a hormone produced during pregnancy by the placenta after implantation, and doctors sometimes prescribe it for fertility issues. But this hormone has also gained popularity as a weight-loss supplement — and using it as such can be dangerous. In fact, the U.S. Food and Drug Administration (FDA) warns against purchasing over-the-counter hCG, as these supplement products are illegal.

Consequently, researchers have widely discredited the hCG diet, which involves using hCG injections, pellets, sprays, or drops, and consuming  as few as 500 calories daily. The diet is problematic not only because there’s a lack of research on hCG supplements, but also because the calorie requirement is dangerously low, potentially leading to nutrient deficiencies, fatigue, hormone imbalances, blood clots, and other issues. Thus, most experts agree the hCG diet is not safe for anyone, the Mayo Clinic notes.

Ranging from just-juice to just-tea cleanses, these typically short-term plans can be dangerous. “Detoxes and cleanses are usually low in calories, protein, and fiber, all nutrients that our bodies need to function,” says Alissa Rumsey, RD, who is in private practice in New York City. “These plans leave you feeling hungry and cranky, causing a rebound food binge once you stop the detox.”

Plus, a healthy body does a fantastic job of detoxing itself. Bottom line? Eat a healthy diet that provides enough energy (aka calories) for you to get through the day.

The idea of this diet is to help control the pH of the body through the foods you eat — encouraging dieters to cut back on acid-forming foods such as red meat and wheat-containing products, according to U.S. News & World Report.

Although eating more fruits, vegetables, and other whole foods promotes good health, the human body does a good job of regulating its pH on its own. Eating alkaline foods cannot sway that.

“The alkaline diet often has a focus on eating lots of fresh produce and unprocessed foods, which could be a good thing,” says Hultin. “However, keep in mind that this is not an evidence-based therapeutic diet. When people take it too far — for instance, drinking baking soda — or become too restrictive or obsessive over food choices, it can definitely turn negative.”

The diet may be low in certain nutrients, including calcium and potassium, and it is not appropriate for anyone who has kidney disease or a heart condition.

It’s no surprise that this diet, also called the Eat Right 4 Your Type diet, focuses on an eating style based on your blood type.

For instance, if you’re type O, you’d eat high-protein diet focusing on poultry, fish, and other lean meats. The diet claims better digestion and absorption of foods, although there’s no scientific evidence to back this up.

The diet doesn’t take chronic health conditions into consideration — and you might develop nutritional deficiencies based on its restrictive nature.

One benefit: “The blood type diet gets people to dump processed junky food,” says Robin Foroutan, RDN, an integrative dietitian in New York City and a spokesperson for the AND.

The CICO — short for calories in, calories out — diet has made waves on social media for its straightforward model: Take in fewer calories than you burn, and you’ll lose weight. While research shows that’s true, there’s a lack of research on this specific diet.

And because it doesn’t specify which foods you should be eating and avoiding, it may lead to nutrition deficiencies, experts warn.

Be sure to consult your doctor before trying the CICO diet.

Similar to the CICO diet, the Body Reset has gained popularity via social media, and there isn’t any definitive research that suggests the approach is safe and effective. Celebrity trainer Harley Pasternak created the plan, which is essentially a three-phase liquid diet comprised of smoothies and moderate exercise. While U.S. News notes you may lose weight on the diet, it may be tough to stick with, and isn’t safe for people with diabetes and heart disease.

If you like eating meat and want to lose weight, you might be tempted to try this recent extreme diet fad that proponents have made some pretty outrageous claims about. One: that eating nothing but meat can cure you of autoimmune diseases. The problem is that there’s no good research to support that notion, or any other health claim.

Indeed, omitting foods known to be good for you — fruits and veggies among them — can lead to a bunch of unwanted side effects, including constipation and potentially dangerous nutrient deficiencies, reports Popular Science.  Still, since you’re cutting out so many food groups, there’s a decent chance you’ll lose weight, experts say.

Regardless of any possible benefits you might see, this restrictive approach is definitely one you’ll want to ask your doc about before you even consider diving in.

The premise of the boiled egg diet is eating eggs every day. So, if you like eggs, this eating plan might be for you. There are many versions, according to The Boiled Egg Diet: The Easy, Fast Way to Weight Loss!, by Arielle Chandler.  One of the most popular versions involves eating at least two to three boiled eggs per day, which is the plan that the actress Nicole Kidman reportedly used while filming Cold Mountain, according to Vogue Italia.

The Optavia diet, formerly called MediFast, is a commercial eating plan that comes with prepackaged meals. There are three plans designed to help with weight loss or maintenance, per the Optavia website. Proponents say that the Optimal 5&1 Plan can lead to a 12 lb weight loss in 12 weeks, but there is no rigorous research on the Optavia diet. Also, some registered dietitians argue that the eating approach doesn’t teach people how to change their eating and lifestyle habits for the long haul.

Dr. Steven Gundry, the author of The Plant Paradox: The Hidden Dangers in “Healthy” Foods That Cause Disease and Weight Gain, popularized the lectin-free diet. Lectins are in nightshades (tomatoes, peppers), legumes, lentils, beans, seeds, and nuts. Dr. Gundry and his followers argue that lectins can increase inflammation, cause gastrointestinal issues, and contribute to weight gain. While the diet may benefit some people, experts agree research on this diet is limited, and eliminating these foods is not necessary for good health.

Proponents of this diet claim that it can help eliminate extra yeast and “balance” the gut. Yet there is a lack of research on the Candida diet, and there is no proof that it can treat yeast infections or thrush, which are two conditions caused by Candida overgrowth. In fact, experts say that if any of your symptoms improve as a result of following this cleanse, it’s likely because of a simple improvement in your eating habits.

Body type diet advocates believe that knowing your body type can help you determine the best diet and exercise plan for optimal health and weight. There are three so-called body types: ectomorphs, or lean and lanky people; mesomorphs, or those who have a muscular, hourglass frame; and endomorphs, or people who are often described as curvy or stocky. Yet the premise of eating based on your body shape or where you carry fat lacks rigorous research, so keep this major limitation in mind if you want to try the approach, and be sure to work with your healthcare team if you choose to follow it.